When my teammate told me he was going to propose to his girlfriend and that he wanted me to photograph it, I was so excited!  His girlfriend, also a teacher, is pretty organized.  Ryan knew it was going to take some strategic planning to pull off a surprise proposal.  So here was the plan:  Ryan told Amy to meet him for dinner at Emmett’s in downtown, Dundee Friday evening. . . 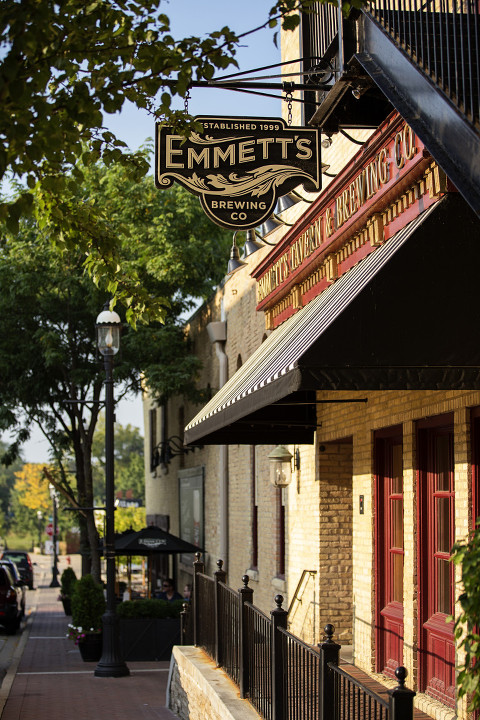 He got there early, gave the hostess a card to give to Amy when she arrived at the restaurant, and picked up two dozen roses. 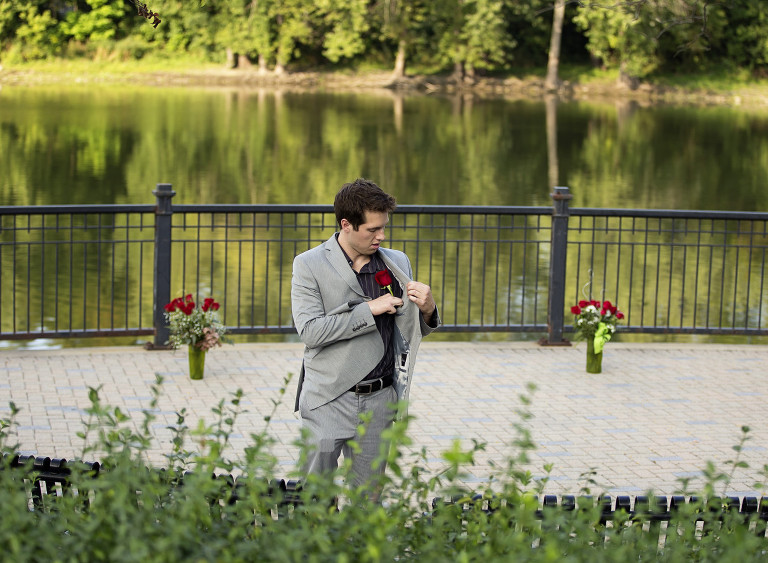 He set things up at the place where they had their first kiss. 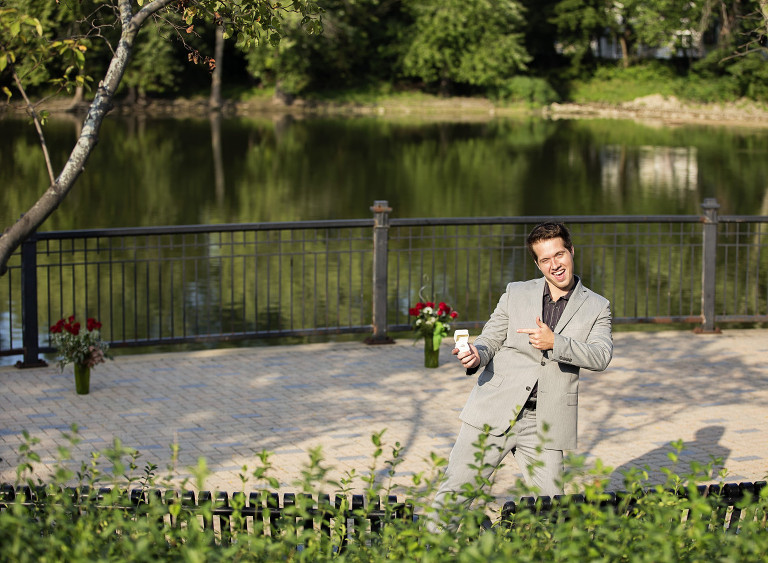 Ryan being Ryan while I was setting up my camera. 🙂 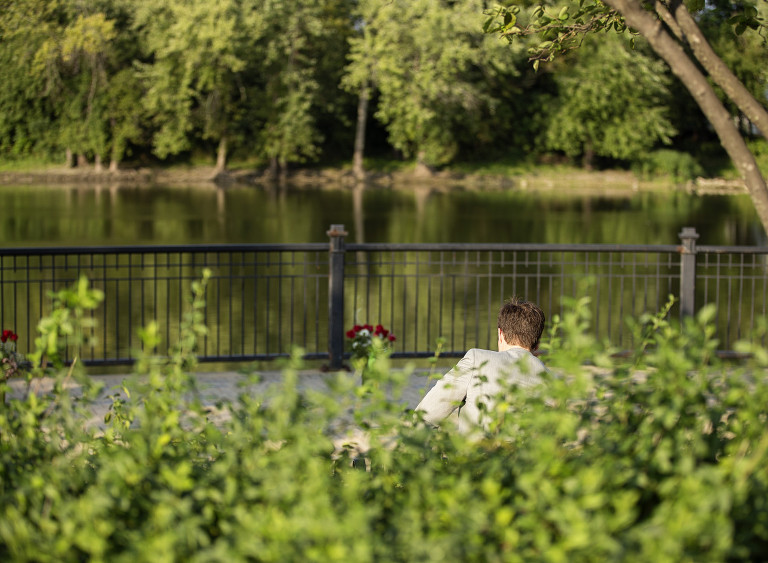 The wait began.  Amy called saying she was running about 15 minutes late.  It was hot out!  I don’t know how he survived wearing that suit the whole time.  At one point an elderly couple strolled by, chatted with him and sat on the nearby benches.  I was hiding across the street in the parking lot of the Dundee convenience store and wasn’t sure if I should step in and get them out of there.  Finally, they got up and strolled off.  Whew! 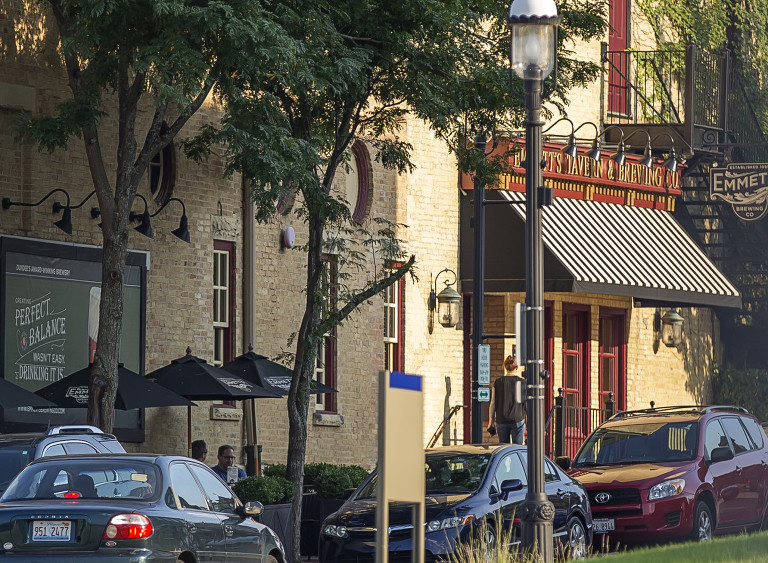 Here she is walking into Emmett’s completely unsuspecting.  I had never met Amy before, but I had a hunch this might have been her.  Sure enough she came back out of Emmett’s with the card in her hand.  The message in the card directed her to walk to the area where they had their first kiss. 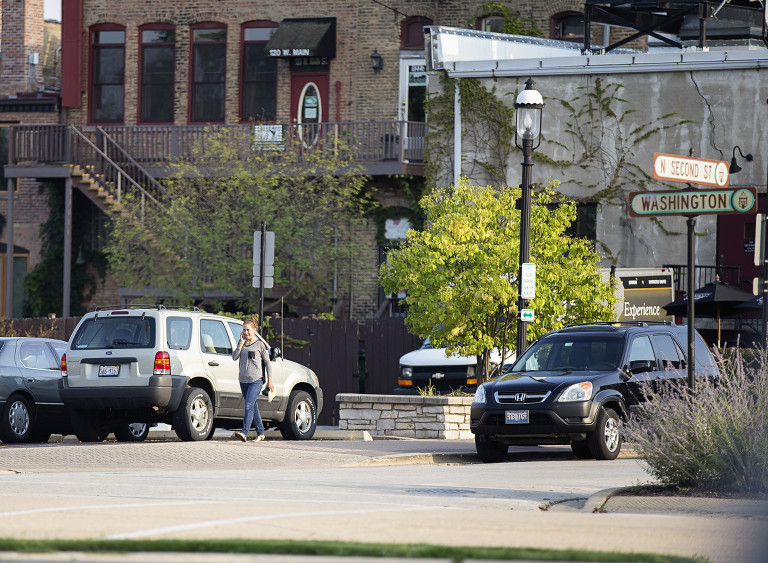 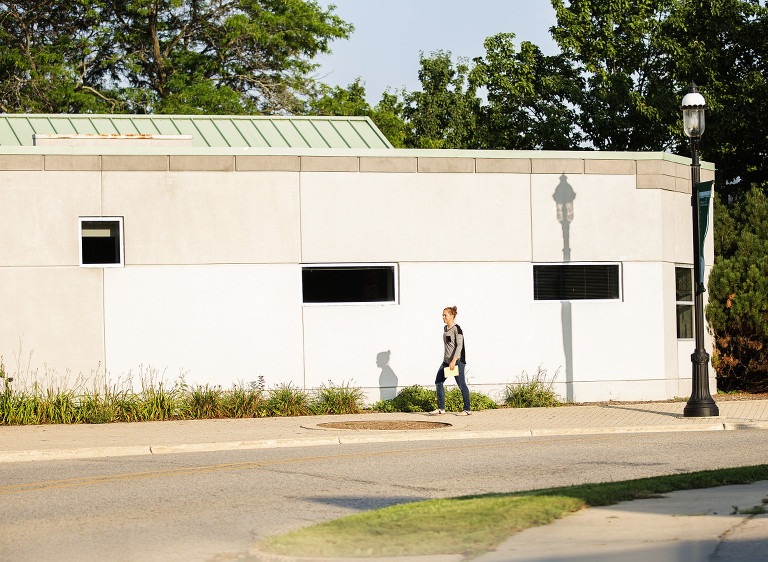 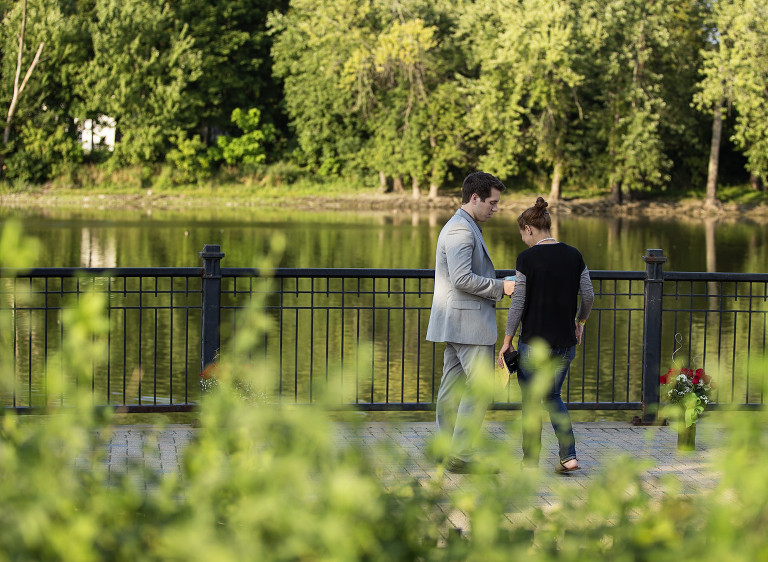 Ryan showed Amy the receipt for the sidewalk brick he ordered that will have “Ryan and Amy Ehmen” etched on it.  Unfortunately, it couldn’t be made in time for the proposal.  I’m not sure what happened at this point because she looked like she might be a little confused about what he was suggesting. 🙂  But then he got down on one knee. . . 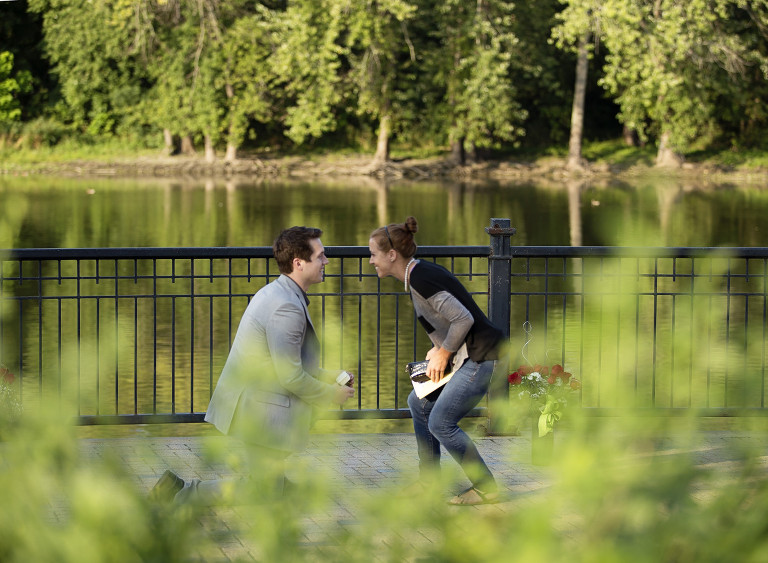 and she looked pretty excited. . . 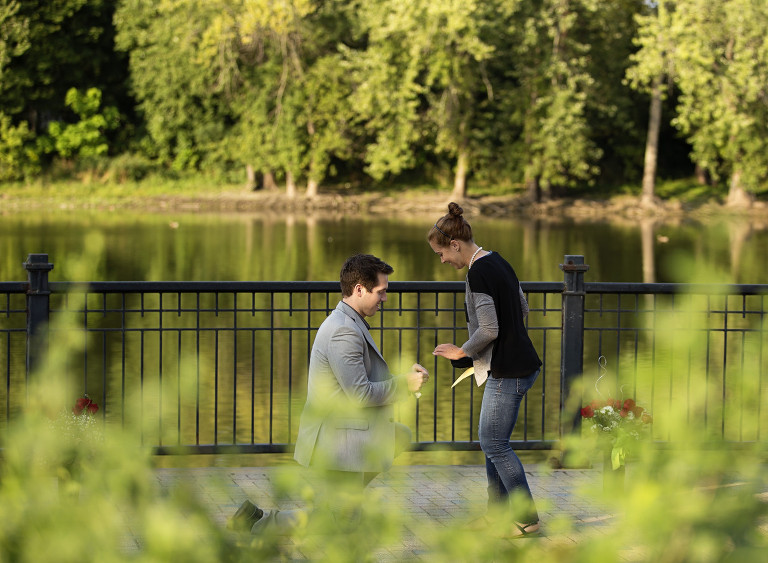 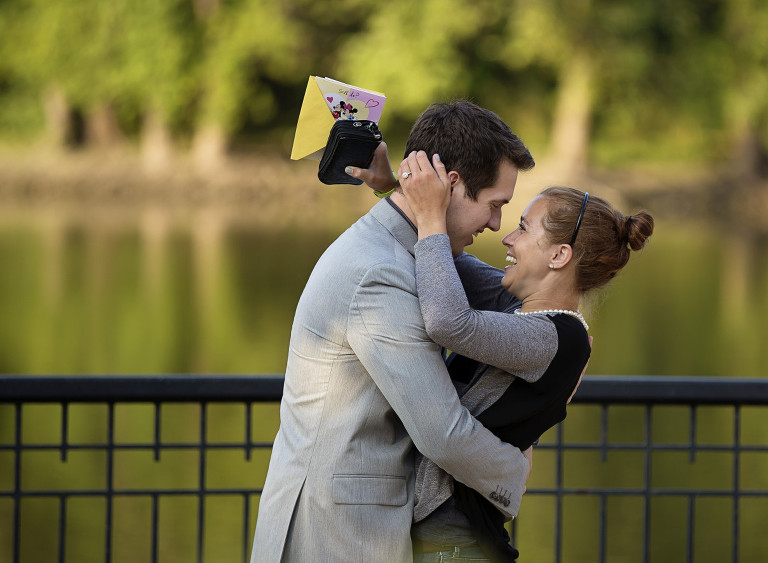 and they sealed the deal with a kiss! 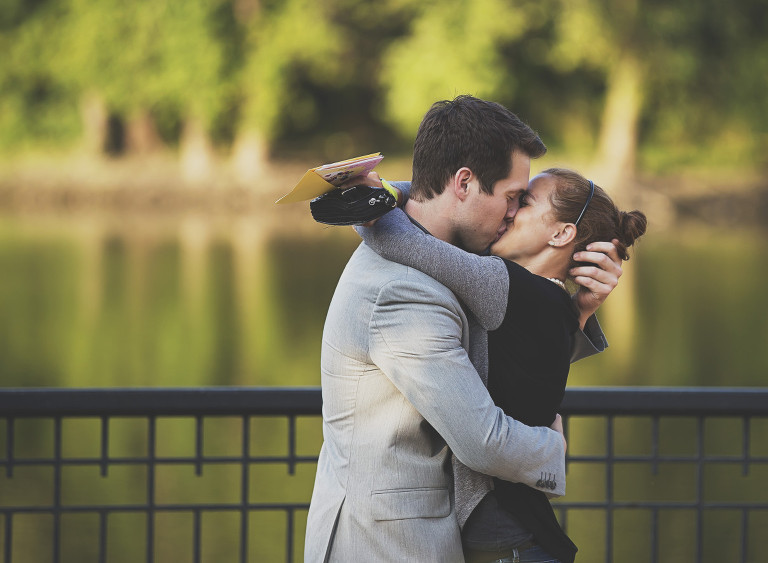 But that’s not all!  Ryan had one more thing he had to do. 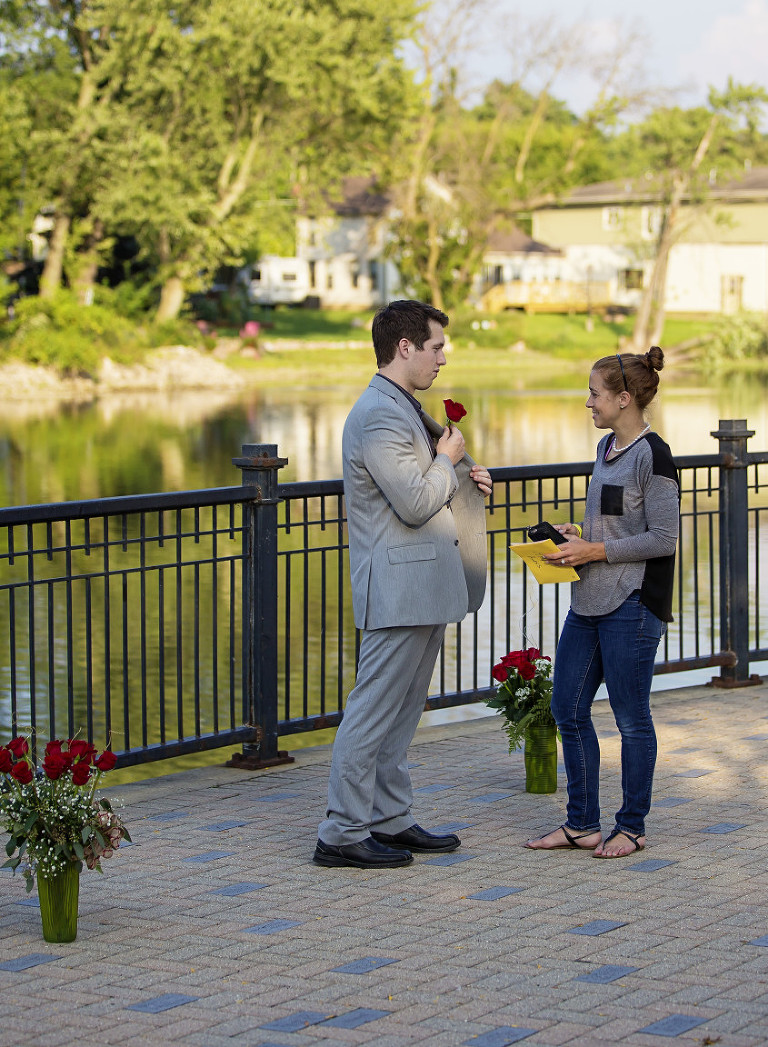 Being true “Bachelor” fans, he had to ask her if she’d accept his rose. . . 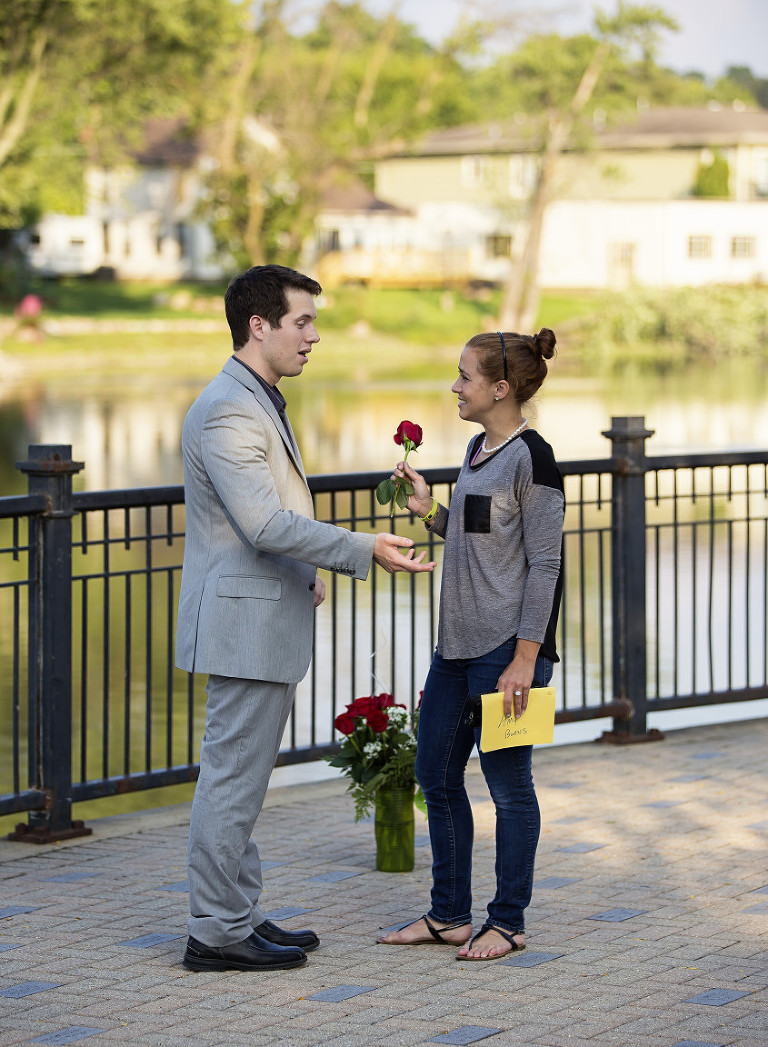 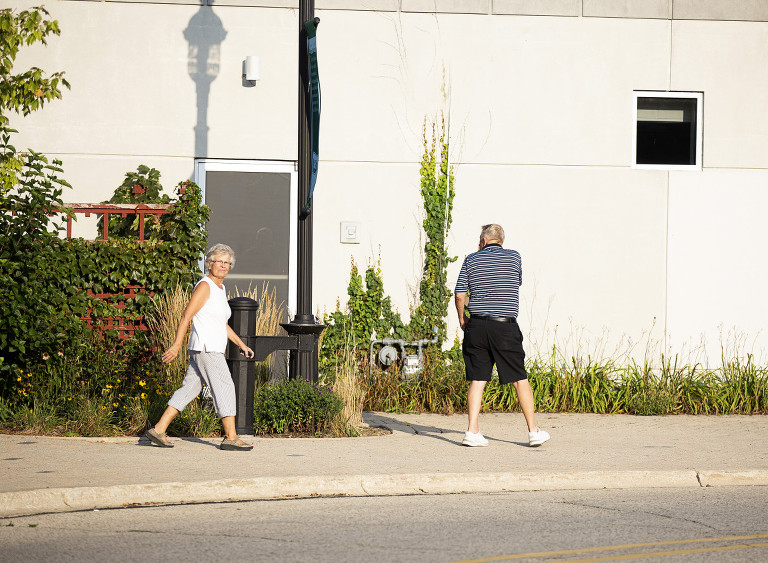 I almost forgot!  Remember that couple I was telling you about?  Well, they came back to congratulate the newly engaged couple!  Yeah, that’s right.  I’m taking your picture.  What did you expect!? You made yourself part of the story, and I could’t just leave you out!

« What do you get when you combine Paw Patrol, Minions and The Hunger Games?
Sisterhood »
Lens 2 Life Photography