Hello!  Thank you for taking time to read this blog!

On the morning of February 23rd, I learned that a student on my team suddenly lost her father.  While she was not my student, I realized that her older brother was a former student of mine, and I felt compelled to help the family in some way.  Once some time had passed, I reached out to the student’s mother, and she gave me permission to move forward with my idea. 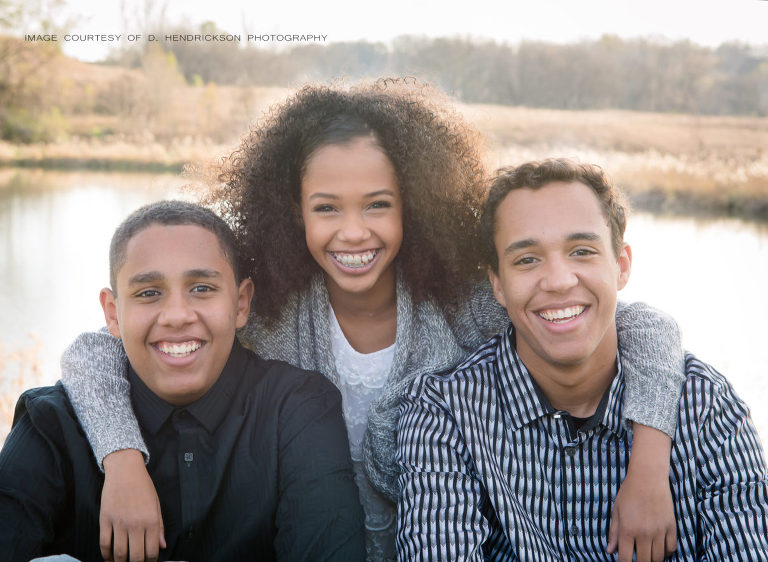 Craig was a devoted father of three children.  He worked most of his career in software sales, the last 14 years for IBM.  A lover of sports, especially football, Craig spent some of his free time coaching for the Algonquin Argonauts and the Junior Eagles Football Clubs.  Starting in late July 2016, he began to suffer from problems in his nerves.  He saw many specialists, who all believed that the problems he was having were nothing more than nerve related as a result doing yard work. In late August, Craig had a seizure at home.  While in the hospital, he had a CT scan which showed a “gray area” on his brain.  The following day, Craig saw a neurologist and had an MRI completed.  In a few short hours, Craig and his family learned what was causing his nerve problems.  Craig had a brain tumor on his left hemisphere which caused numbness in his right leg.  He had a follow up appointment that day to see the top neurologist at UIC.  Brain surgery to remove the tumor was scheduled to take place in two days.  Fortunately, the surgery went well and only took a few hours to complete, and Craig was up and walking the following day.  He was determined to heal quickly, so he could get home to his family.  Approximately four days after his surgery, Craig was moved to a rehab facility to further his recovery. He spent five days learning exercises that would strengthen his legs and get them moving back to normal.  While recovering in rehabilitation, he learned that the growth removed from his brain was a Glioblastoma tumor, a very aggressive form of cancer.

When Craig returned home, he rested a few weeks before beginning chemo and radiation treatments.  During this time, Craig believed strongly he would recover and he was adamant his family not share any information about his health with anyone outside the family because he “didn’t want to bother anyone with his situation.”  A private person, Craig did not want anyone to think less of him or that he could not recover from this setback.  As a result, he relied on his wife, Melissa, and his children to help him get better. For him, that was all he needed.

Craig would not allow Melissa or his children to take him to radiation because he wanted to be as independent as possible, so he took the hospital bus to and from radiation by himself.  Clearly, Craig was determined and “very set in his ways.”  His wife and children agreed to support him in doing treatment the way he wanted; however, he had to agree that, if needed, he would take help from his family.

Promisingly, Craig did not have any side effects of the chemo or radiation.  His family found him to be in really good spirits throughout treatment.  His determination to get back to normal did not waver.  In December, 2016, things were going well until he began to suffer from seizures. Craig’s brain was swelling, and the doctors started him on medication.  Until the swelling was under control, Craig would experience seizures every 3-4 days. Throughout everything, Craig continued to believe he was going to recover, get back to playing golf and being a dad.  In February, the day before he passed, Craig had another MRI.  Miraculously, it showed that the cancer was gone and so was the swelling.  Craig was on his way to a full recovery and he was looking forward to getting a car and driving again.  The following morning, an undetected blood clot in one of his lungs traveled and went straight to his heart causing him to have a heart attack.  Although the paramedics did everything they could, he couldn’t be saved.  Craig passed away at his home in his oldest son’s arms.

Craig’s legacy is his three children and his work with youth.  For many years, he spent both summer and fall on the football field teaching kids the right way to play football and that winning is not everything.  While he understood that competition is part of the game, he believed that in life you should have balance.  He also wanted every child to get good grades and be respectful to not only their parents, but other people they came in contact with.  Craig would share his wisdom through little quotes he would tell the kids.  One belief he would often share with the kids was, “You are not measured by the game, but how you conduct yourself on and off the field.  Respect is the key to life.”

Thank you for reading Craig’s story.  I will be holding Life Celebration mini sessions from June 8th – 22nd.  To book your session, click on this link.  ALL proceeds from mini sessions booked during this time frame will be donated to Porter Children Educational Fund.  If you do not wish participate in the event by having a mini session, please consider donating to Layla, Bryce and Bryant’s educational fund!  Thank you!

Layla (pictured on the left) is 13 and she aspires to be a professional ballerina.  When she is finished with dance, she plans on attending school to become a neurosurgeon and help people.  Bryce (pictured in the middle) is 16 and plans on attending college in the future.  He is not sure what he will major in, but since I personally taught and know him, I can guarantee it will be to do something great! Bryant (pictured to the right), the oldest of the trio, is 19 and already in college studying auto mechanics.