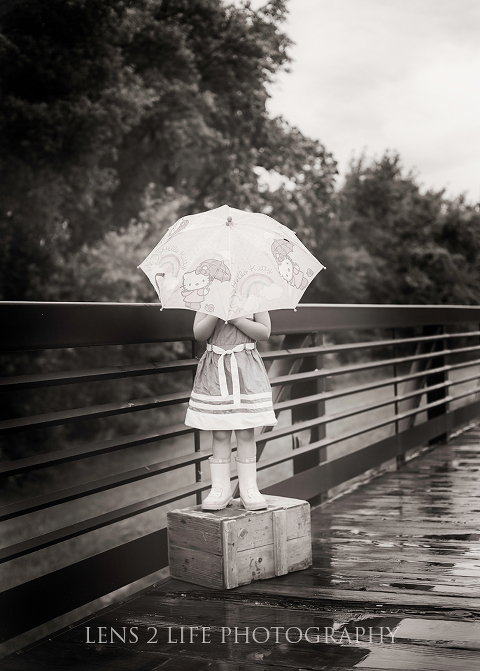 For the record, there were no fire ants.  She just thought she found fire ants and they were her friends. That’s Annie for you.  She’s my middle child, and just like the famous character Annie, my Annie is also spunky, bright, caring and a bit of a scrapper.  She’ll be fighting with her big sister one minute, yet she’s quick to defend her in the next. 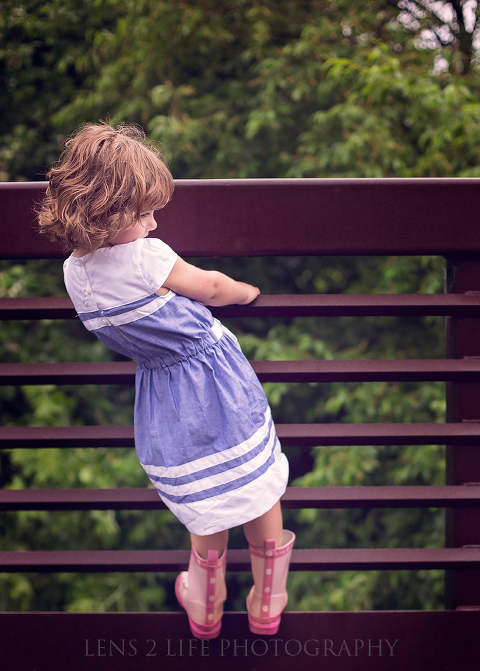 Now that its summer, I am able to spend some individualized time with Annie when big sister is off to summer camp.  We decided to head off to Panera for a little snack and to build one of those Melissa and Doug puzzles.  It was fun for a little while, but she soon lost interest and no longer wanted to complete the puzzle.  While heading back to the car, she began to stomp in puddles in the parking lot.  That’s when I got an idea. . .I proposed to her that we go home, get her rain gear and go searching for big puddles and rainbows.  It didn’t take long for her to consider this.  She was in!  We headed to a “secret location.”  Really it was a spot in our neighborhood that I often run past, but since I drove her there, she was none the wiser. 🙂 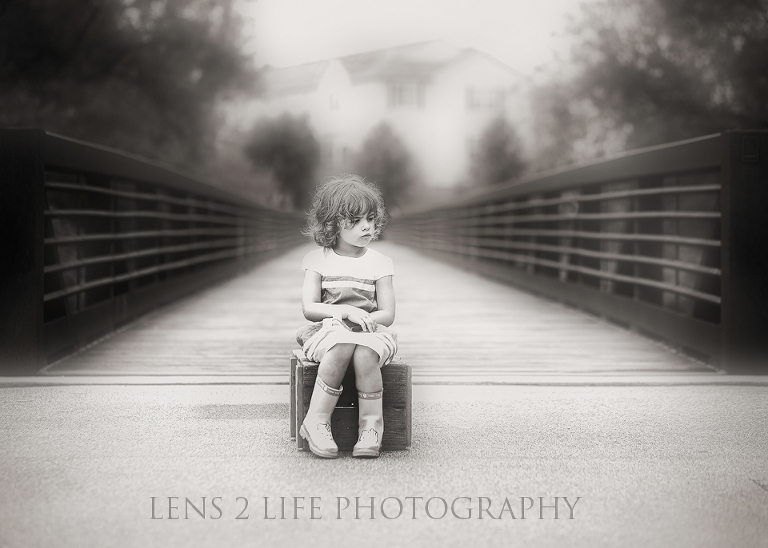 She is not one to take direction, so I let her take the lead as I followed her around and snuck some shots in when I could. 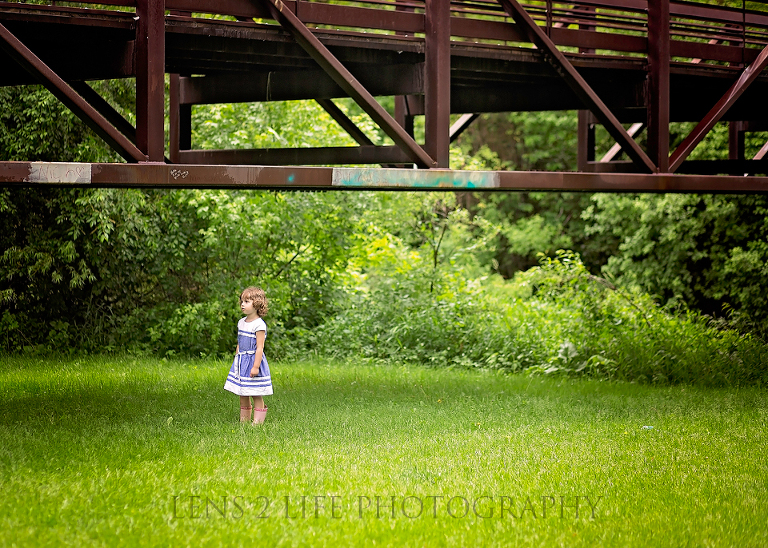 We found some interesting spots under the bridge. . . 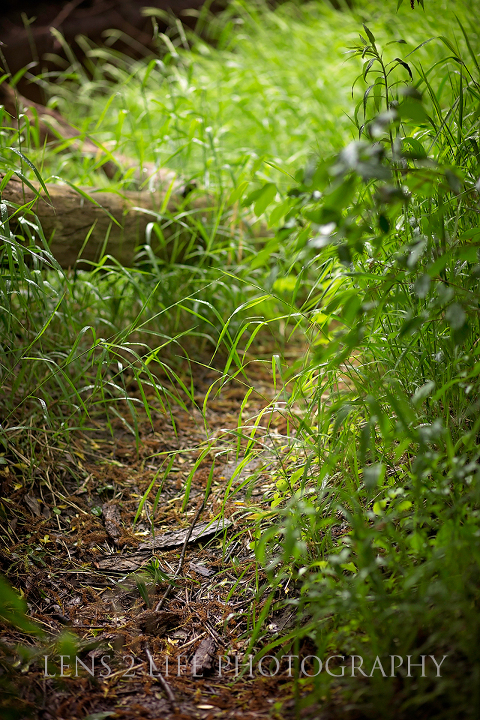 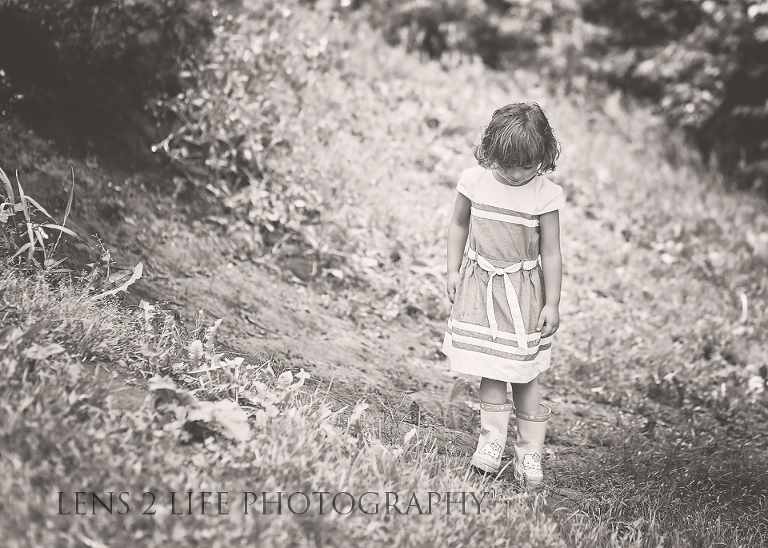 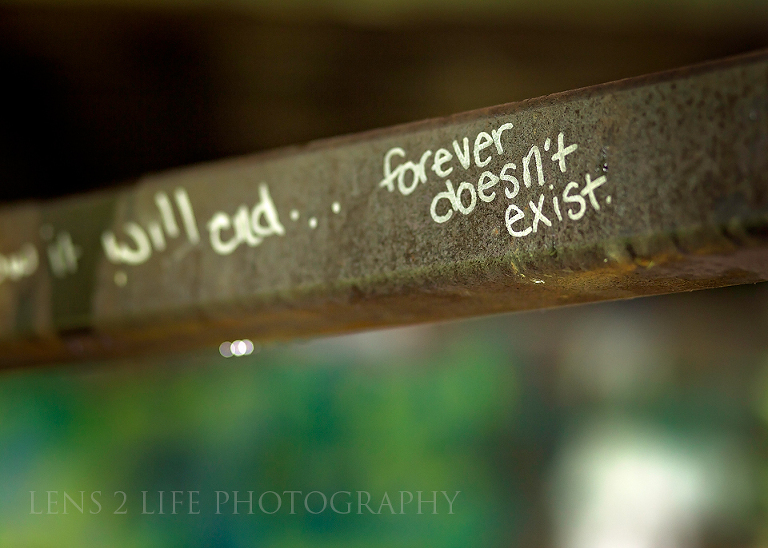 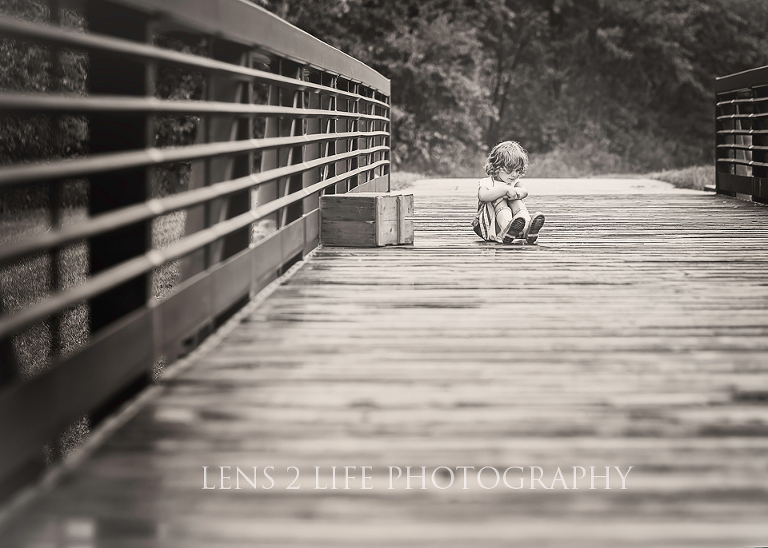 A large dead fish (which she was upset about). . . 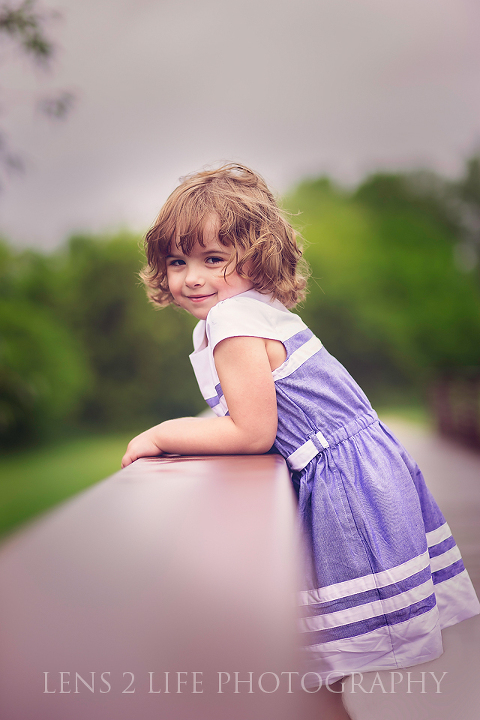 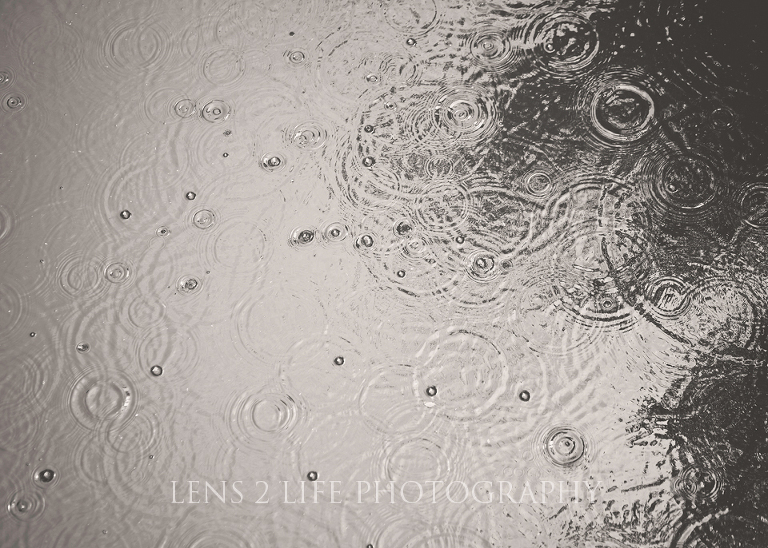 Lots of little puddles to jump in, 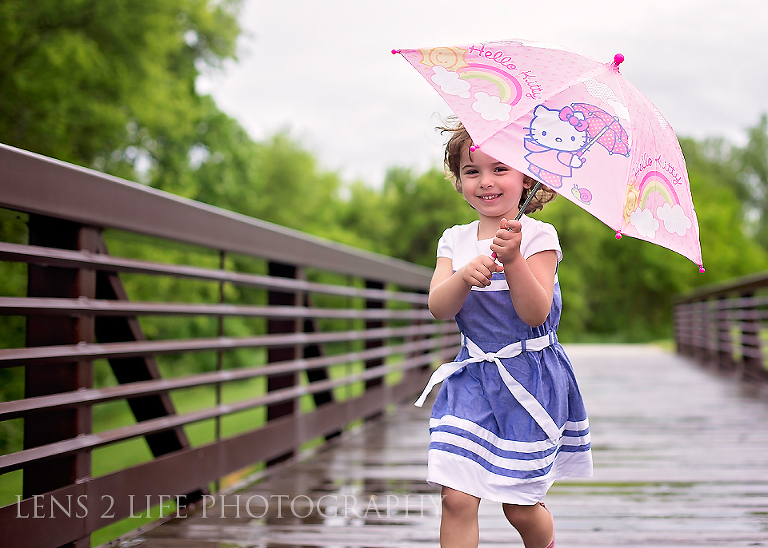 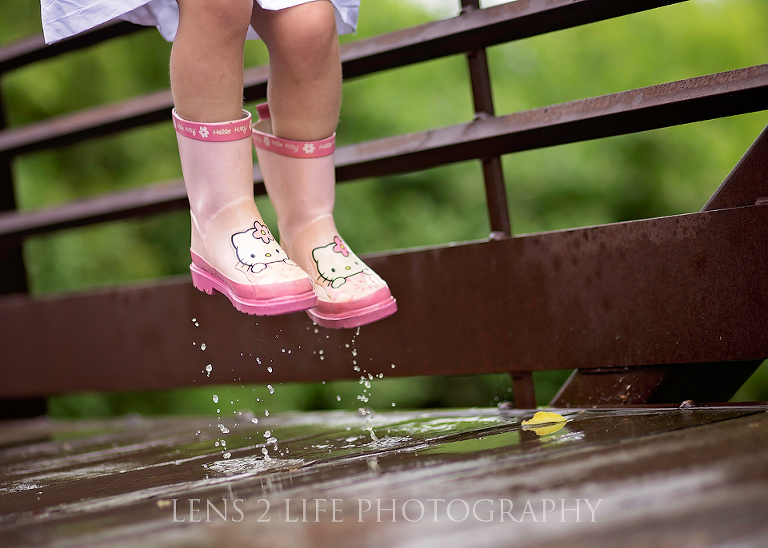 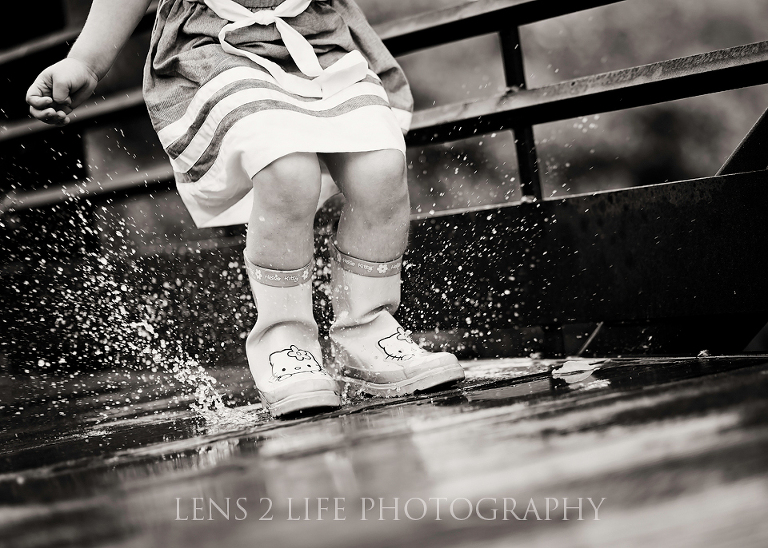 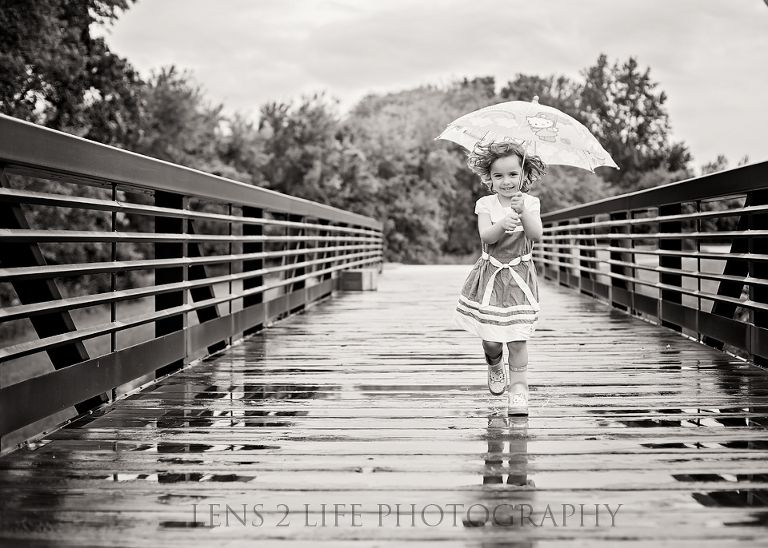 « If You Give a Mouse a Cookie. . .
Watterson Family »
Lens 2 Life Photography