I hadn’t seen DJ since he was just two weeks new.  Wow, had this little guy changed!  He wasn’t so little anymore.  In fact, I’m pretty sure he doubled in size.  When I got to his home, he was a little fussy and not quite in the picture taking mood.  However, all of that changed after about ten minutes of snuggle time.  He was all smiles from then on!  I can’t wait to see how much he’s changed at his six month shoot! 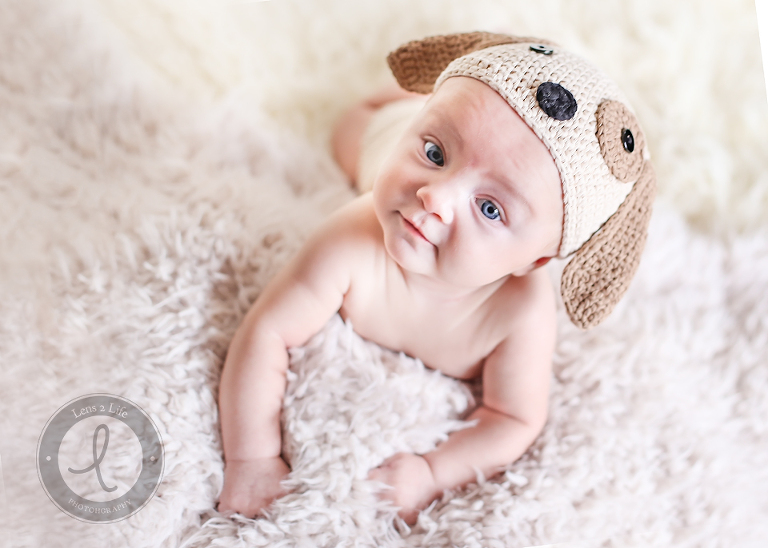 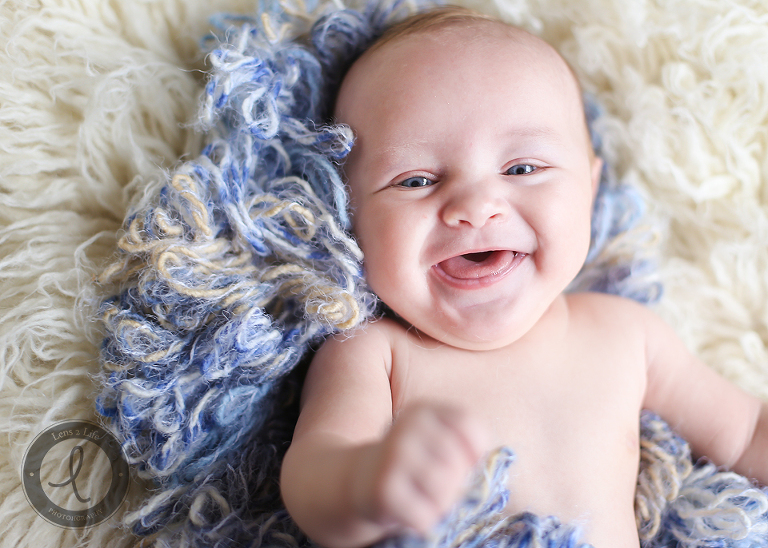 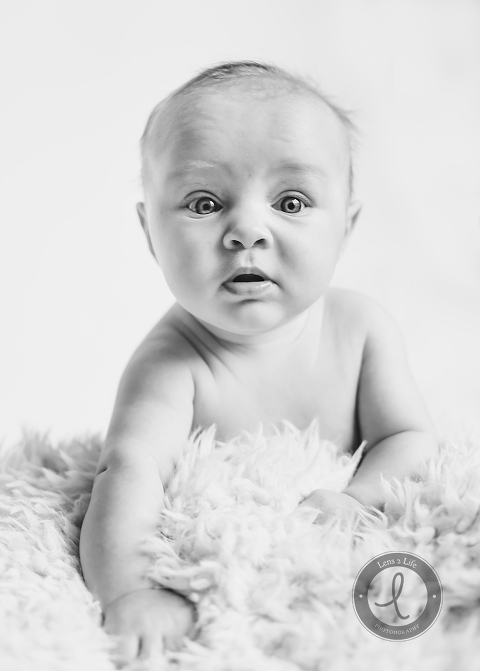 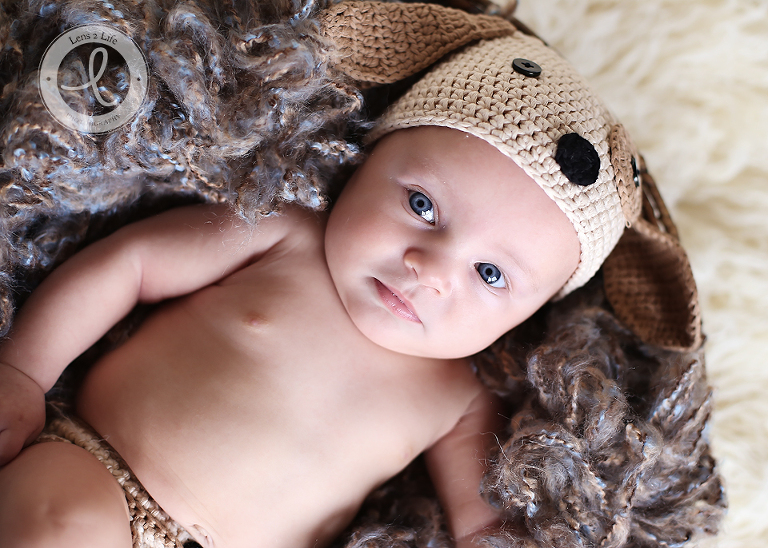