Two Brothers, a Bridge and a River

When I first met up with Justin and Ryan, I could tell that Justin might not be in the picture-taking mood.  However, it was the first time I met these guys and I didn’t want to make assumptions.  So we started off on the cobble stone bridge taking standard portraits.  Now don’t get me wrong; he was plenty cooperative.  I just had this feeling I wasn’t seeing the “true” Justin.   Typically, after shooting on this bridge I like to take a little hike by the river because there are cool rocks and trees down in the riverbed.  Unfortunately, that wasn’t going to happen today.  It must have rained pretty good last night because the river was full and the current was strong.   There were no rocks in the riverbed to be seen.  I had to think of something different. I tried potty humor.  Nope, not gonna work.  Then I resorted to stupid school jokes.  Yeah, that wasn’t cutting it either.  I just couldn’t seem to get Justin in the picture-taking mood. 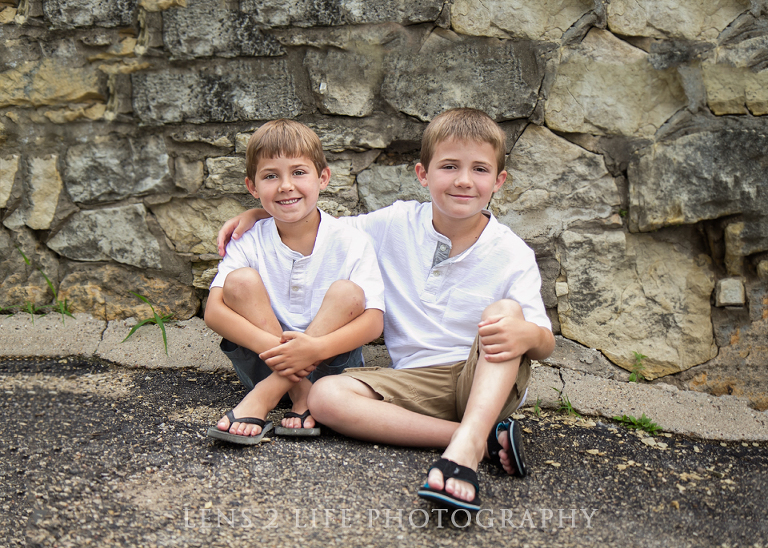 See, that’s him on the right.  He’s smiling, but he didn’t seem really into it.  That’s when I knew I needed to try some less conventional methods. 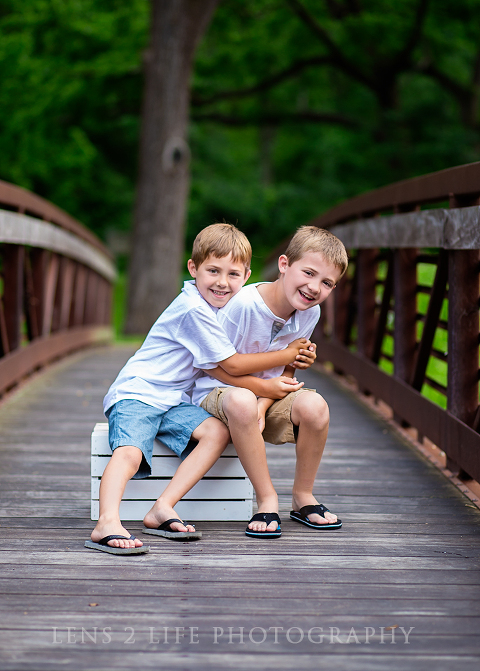 We hiked over to a different bridge and goofed around.  Good job little brother! 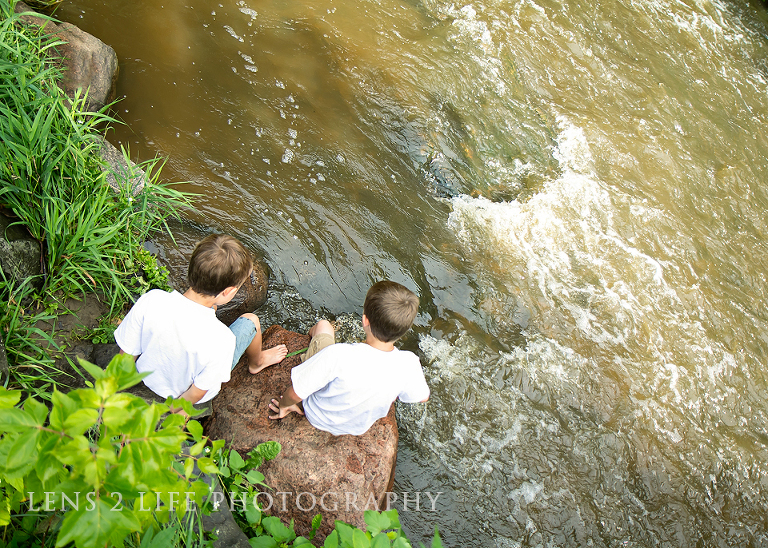 We checked out the boulders right on the edge of the river. 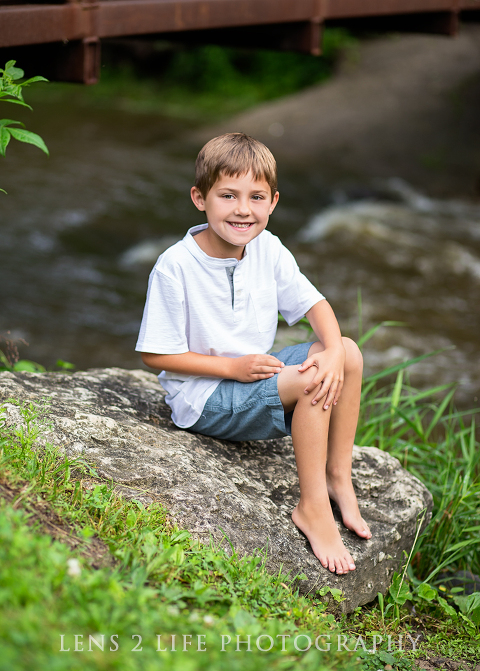 This is Ryan.  He’s adorable and always ready to smile! 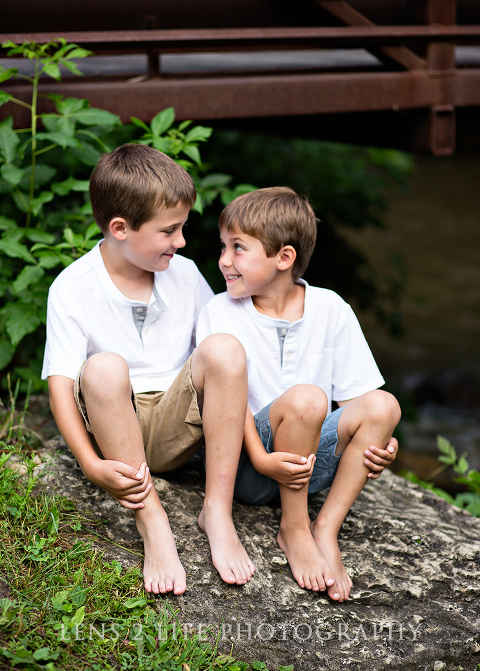 We had staring contests. 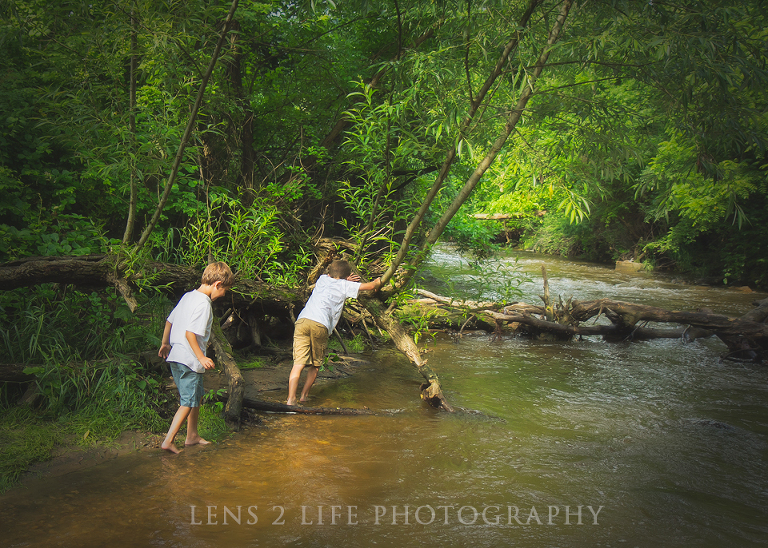 Then, we spotted a cool area where some dead trees fell across the river.  And that’s when Justin really started getting into the spirit of things.  He asked if he could walk down to the river’s edge and climb out on the limb (Yes, literally!).  Reluctantly, mom gave him the go-ahead and off he went.  Of course, little brother Ryan wasn’t too far behind. 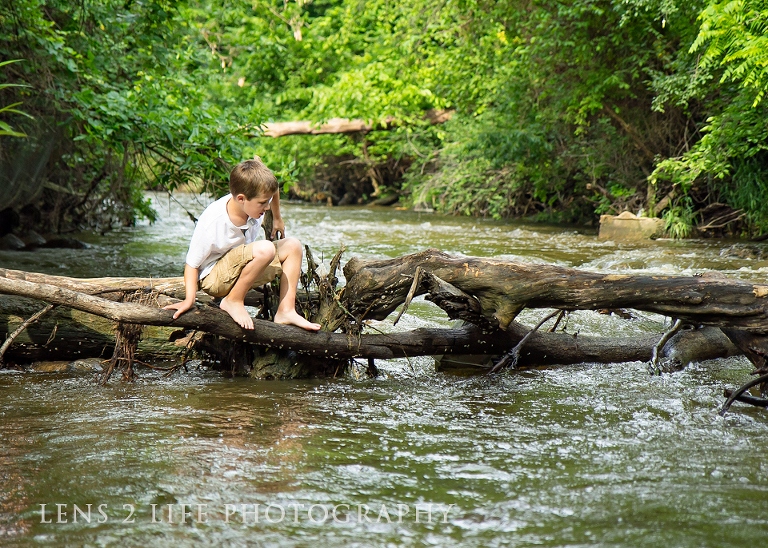 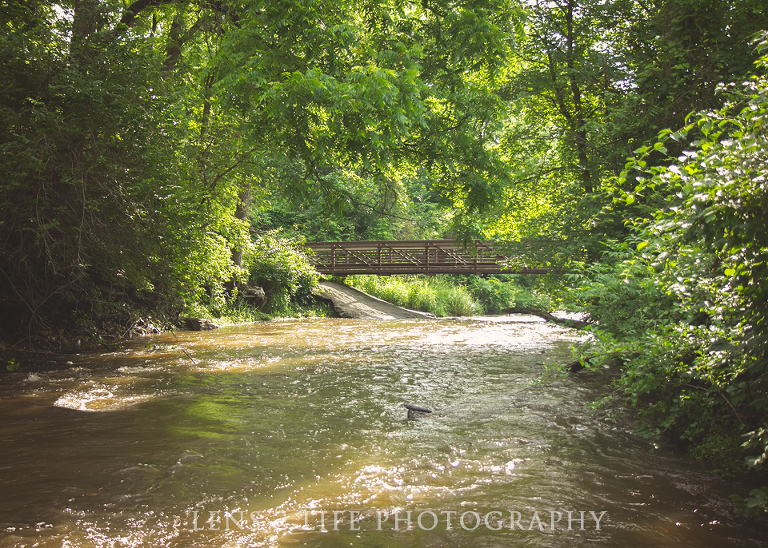 The view from the river was not only one of peace, but it was also beautiful.

Ryan even found a memento of our trip along the way. 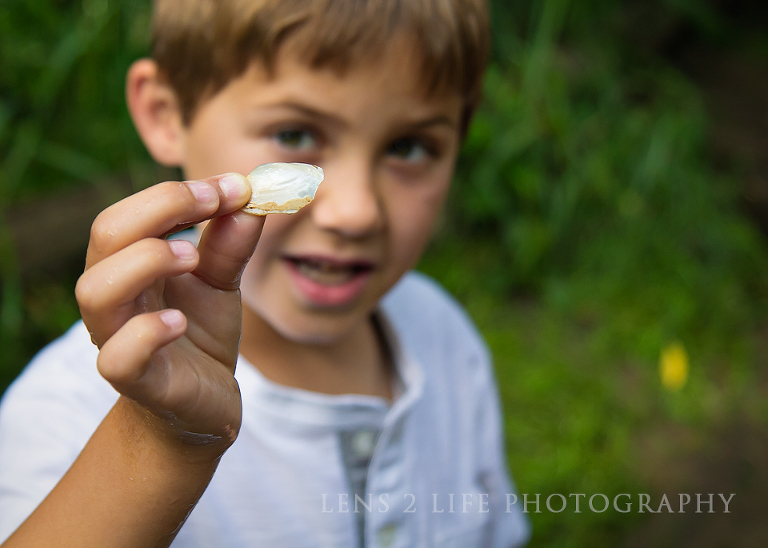 In the end, I knew our little adventure was a success.  Both boys asked if we could do this again! 🙂